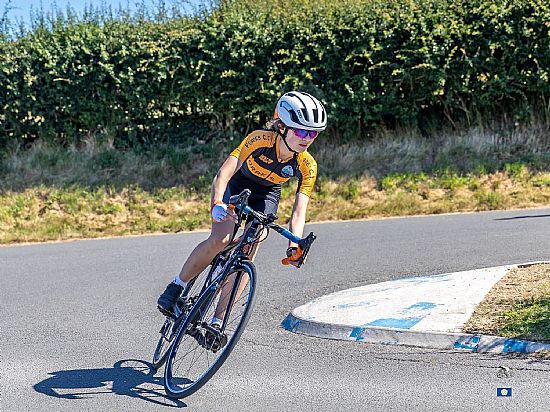 Ava Luce a 13 year old from Lossiemouth would have been glued to the media coverage of The Tour de France Femmes recently. She rode her first competitive cycling event when she was six years old. Her dad Gary took her to one of Forres cycling club’s evening events. Clearly, she was already watching the televised professional races, as her first question was “where are the cars with bikes on the roof”. Now she is aged 13, a member of the Forres club, and competes in events for her age group, 13 and 14 year olds, across Scotland and further south. Her ambition for the future is to be good enough to compete in these races where the competitors are supported by those team cars bristling with bikes on the roof.

Since 2016 Ava has raced across most of the cycling disciplines, and now realises that the cost of travel and the maintenance of different bikes for different disciplines had to be addressed. Her decision has been to focus on road racing, time trials and cyclocross events. Recently she travelled to Scarborough to compete in the British Youth Circuit Race championship. She competed in her age group and finished in the top half of the field. Being one of the younger riders she will have the opportunity to compete again in the same category next year when she will be stronger, faster and more experienced. It was a great ride and a great learning experience for the young rider. Indeed, Ava is very focused on developing the bike handling skills required for bunch racing as well as continuing to work on her fitness and speed.

The HiVelo trustees were agreed that although she had not quite reached the minimum age for the Stars Award, her progress thus far indicated that she was a young talent with the determination to keep improving.

Her next big event will be a stage race in Lancaster during August.

Ava receives a monetary award of £500 to assist her along the road to achieving her aims.

Good luck Ava from us all at HiVelo.

Applications for the next Stars Award close at the end of August,

Having had to forego the pursuit of a dedicated cycling facility centred around an indoor velodrome, HiVelo have changed direction and will now focus on aiding the development of the sport in other ways. We are not taking a completely new direction as we already have an excellent track record for supporting young riders. This was a secondary activity while we were focused on the velodrome project, but now it has become our raison d’etre.

We are reintroducing two rider support grants which had been temporarily suspended whilst an intensive focus on the velodrome project took all our resource. We are also introducing a more general cycling assistance fund to broaden the scope of projects which can be accommodated.

The Stars Award is back.

You can see further information, how to apply for the award, and a list of previous winners on the Stars Awards page.

Whilst we are highlighting two of these very successful recipients there is so much more achievement contained within that list of talented cyclists.

Our first winner in 2016 was Finn Crockett, then riding for the Ben Wyvis Cycling Club, but now a professional rider with the Ribble Weldite team. Finn has recently won his first world level UCI road race, the Rutland-Melton international CiCLE classic. The race is fairly unique in this country, in that it mimics the type of roads used by the Spring Classics in Belgian, alternating between wide roads and farm tracks. He is currently (May 2022) featuring in the televised Tour Series, taking place in towns and cities the length and breadth of the UK. 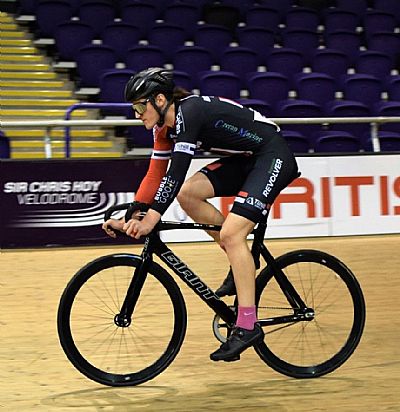 Another recipient who has gone on to do great things is Fin Graham. Fin received his award in 2017 and it helped him to show what he could do so amazingly well on the para cycling race scene. Having caught the eye of the British Cycling para coaches he has developed into a world class athlete in the C1-C3 category. Having won his first British championship road race in 2017 he has gained a lot of international experience, getting so close to a podium position in the 2019 World Championships in kilo and pursuit. Then at the Tokyo 2020  Games (in 2021) came his first Olympic medal, a silver in the Road Race. So far this year he has won every UCI World Cup race that he has entered. 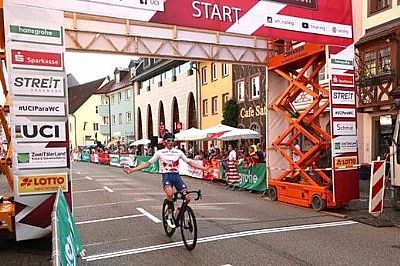 We are proud to know that we have assisted each of the recipients on the Stars Award list, to get on the next step up of their particular ladder. Make your nomination now for the next award.

The Ivor Fund has never been away.

Yes the Ivor fund continues the memory of a very popular friend to many of us, Ivor Reid. He was a multiple British Masters Track champion over a long number of years. The high point of his career came in 2006 when he became a world champion as part of the three man team winning the Masters Team Sprint championship.

More and more, track riding in recent years has become one of the main conduits to make it to the top of our sport in both track and road disciplines. Here in the north of Scotland we are doubly disadvantaged because of our geography and our lack of an indoor facility. We offer funding to give young riders the opportunity to experience track riding. We can help defray the costs of a trip to the Sir Chris Hoy Velodrome in Glasgow, whether you want to do a taster session as a beginner, or to do some more serious track riding. Check out the application form at this link.

Thanks to significant donations from Clifford Davison Fairburn House and Mike Greaves Drumnadrochit, this fund will provide for development of the sport in a more general way. There are currently few rigid guidelines. We are open to approaches from clubs, coaches, organisations and individuals who have ideas which would come under the cycling development heading and who need a modest funding top-up to get the plan off the ground. It could be the organisation of a come and try event, perhaps an item of equipment that is needed, rider support that is outside the parameters of the Stars award and the Ivor fund. It can be something which will help a youngster or a person with a disability, without which they cannot compete. It can be many different things, but it must be something that will make a difference, and membership of a club for this fund is not a requirement.

We were very pleased to have given support to Kyle Gordon as he successfully worked towards Scottish team selection prior to the Gold Coast Commonwealth Games. Kyle is now one of Britain’s top trackies, recently winning the bronze medal at the British Pursuit championships. Completing the full circle, Kyle has now joined HiVelo’s board of trustees where he is able to share his experiences of being an up and coming rider with big ambitions, but who just needed a helping hand to achieve them. 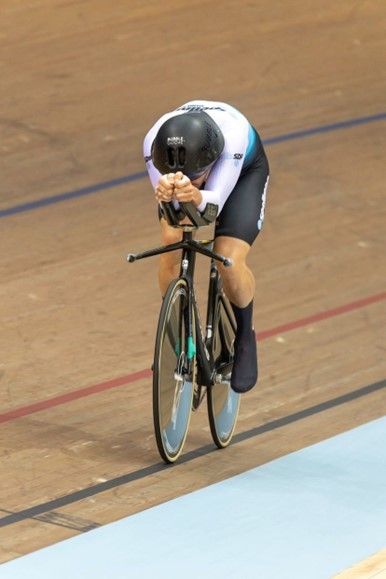 Image courtesy of Guy Swarbrick from “I am track cycling”

Please spread the word, let people know what we are doing and where you see a need please encourage applications.

It is easy to apply for this assistance, by giving details of your proposal or request, in an email to hiveloadmin@btinternet.com at least 4 weeks in advance of when the assistance is required. You may be asked for further details to help the Trustees’ come to a decision.

For all grant/bursary applications the decision of the Trustees is final.